For the week of January 28 through February 1, Solebury School hosted our annual Global Education Week! 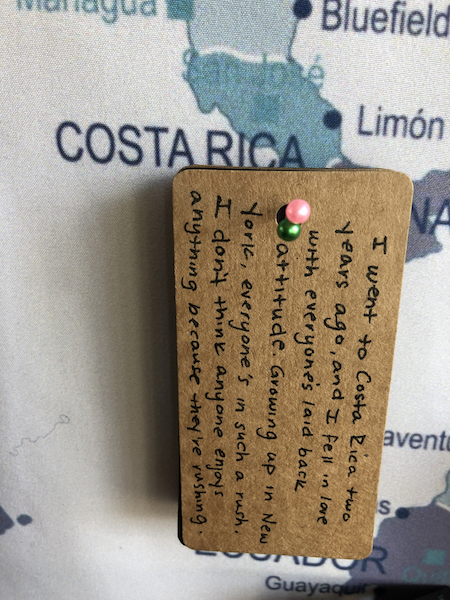 We began by hanging up a world map in the Abbe Building for students and faculty to post where they have lived and/or traveled. The photo shown here denotes Costa Rica, where Solebury hosted a 2017 spring break trip and will return again this spring. The student's post captures the beauty of traveling and experiencing new cultures: "I went to Costa Rica two years ago, and I fell in love with everyone's laid back attitude. Growing up in New York, everyone's in such a rush. I don't think anyone enjoys anything because they're rushing." 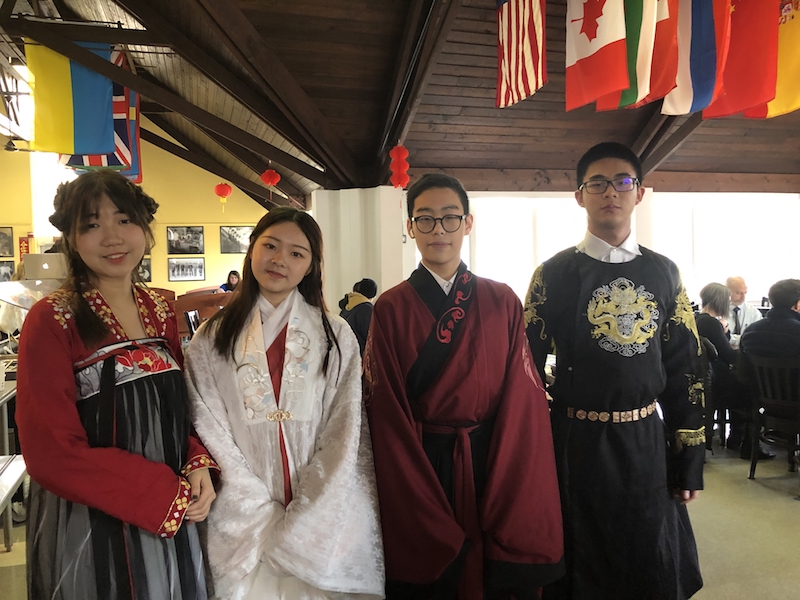 Students taught friends and faculty paper cutting: “Paper cutting is a traditional artwork in China. Chinese people cut red paper into different patterns, and glue them on windows as a lucky and happy symbol. Red paper is used because red is associated with festivities and happiness in Chinese culture.” 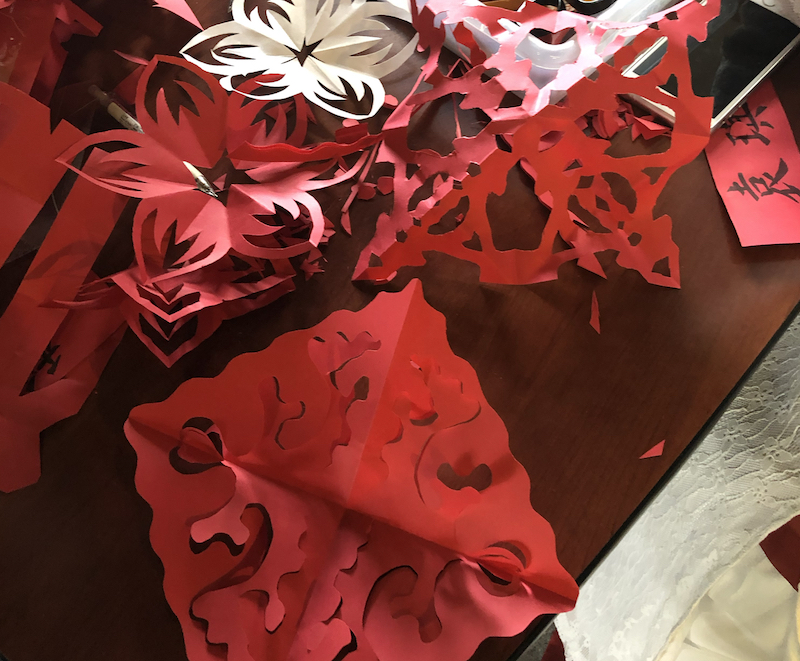 During Arts Period, students watched the film, LIYANA. “LIYANA is a genre-defying documentary that tells the story of five children in the Kingdom of Eswatini who turn past trauma into an original fable about a girl named Liyana who embarks on a perilous quest to save her young twin brothers. The film weaves her animated journey together with poetic documentary scenes to create an inspiring tale of perseverance and hope.”

At lunch, students and faculty participated in Chinese calligraphy. The students below taught us how to write our names in Chinese. They were wonderful teachers! 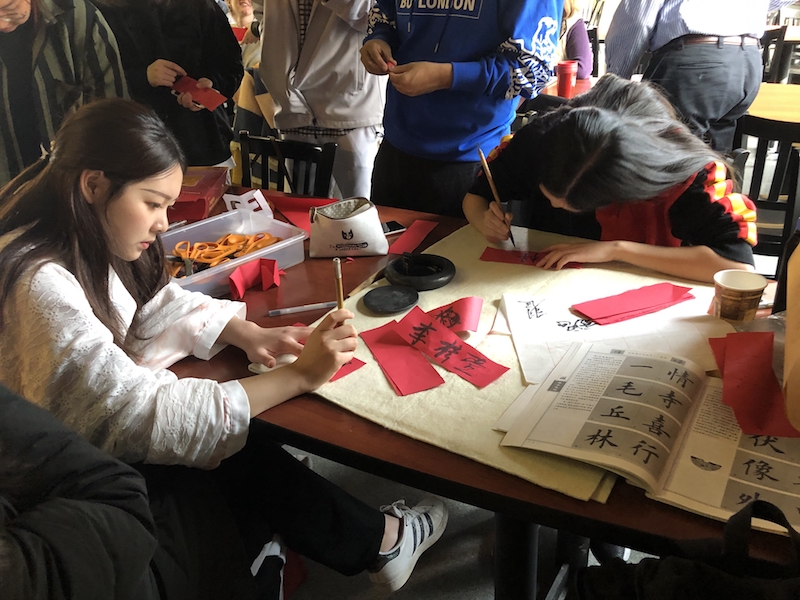 For TNP (Tuesday Night Programming) in the dorms, Julianna Tes ‘20 and Perry Udahemuka ‘19 hosted Global Ed. Film Night, screening short films including Welcome to Canada, about "a young Syrian refugee who was granted asylum in Canada," and Pixar's Sanjay's Super Team, "the story of a young, first-generation Indian-American boy whose love for western pop culture comes into conflict with his father’s traditions."

At lunch, our Global Education Concentration students organized World Language Tables, where students could stop by and learn common words/phrases from other students, faculty, and staff who are fluent in languages from German to Arabic, Thai to Urdu, Spanish to Portuguese, French to Korean, and Twi. Shown here: One of our students from the Czech Republic teaching phrases in Czech. 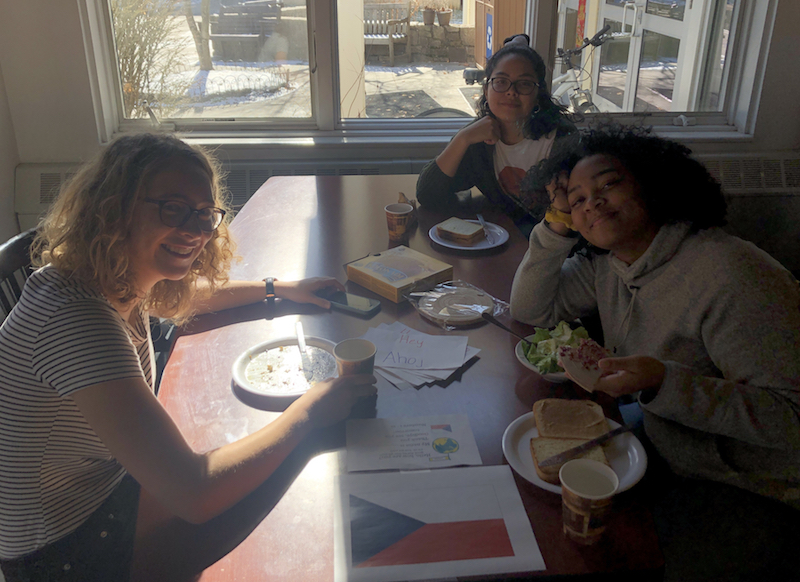 Also, at assembly, Solebury School Global Education Concentration students presented on their travel experiences throughout Colombia; Zurich, Switzerland; Vienna, Austria; Prague, Czech Republic; and Cambodia. They shared highlights of each location and what they learned during their travels. Julianna Tes '20 also blogged about her experiences in Cambodia, which you can read here. 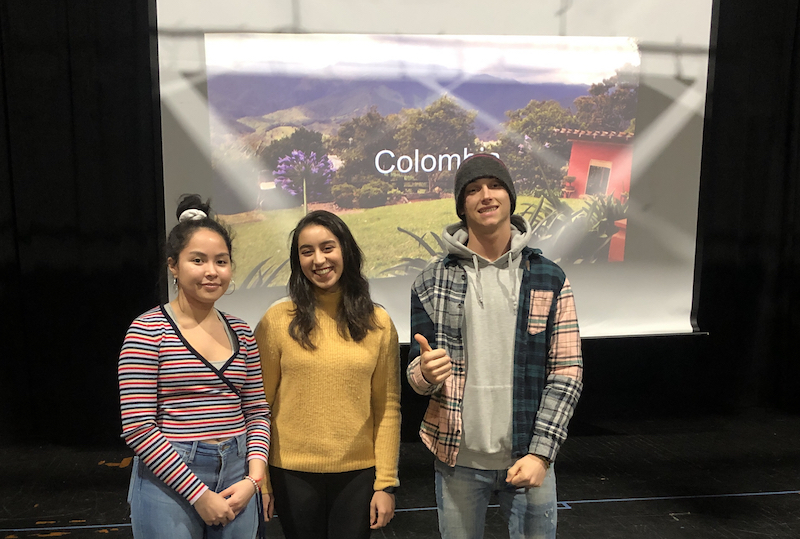 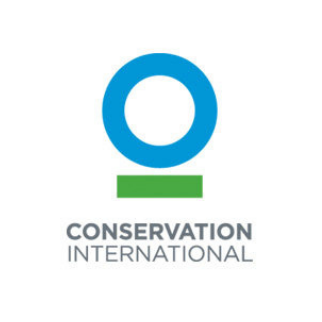 Kristen Walker Painemilla is the Senior Vice President and Managing Director for the Policy Center for Environment and Peace at Conservation International, where she leads a staff of 40. She presented to our Honors Environmental Science students on the cause and effect of conservation issues, how philanthropy can support environmental issues, and how multiple disciplines can work together to solve problems.

Our exchange school in Switzerland, Haut-Lac Ecole Internationale Bilingue, video chatted with our 8th Social Studies class about life and school in Europe. Two of their students had spent a month here at Solebury School for our exchange — it was wonderful to catch up with them! 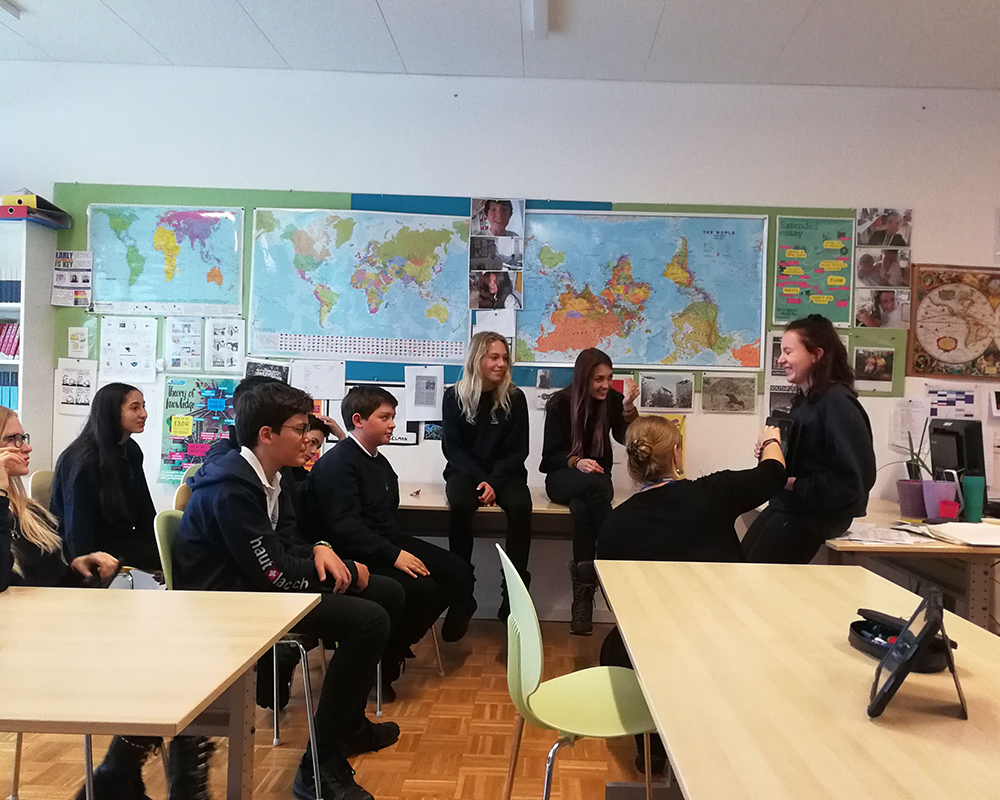 St. Paul's School of Barcelona, our Spanish exchange school, also shared photos from their recent field trip to Seville. Here's one of them learning about the tradition of flamenco dancing. 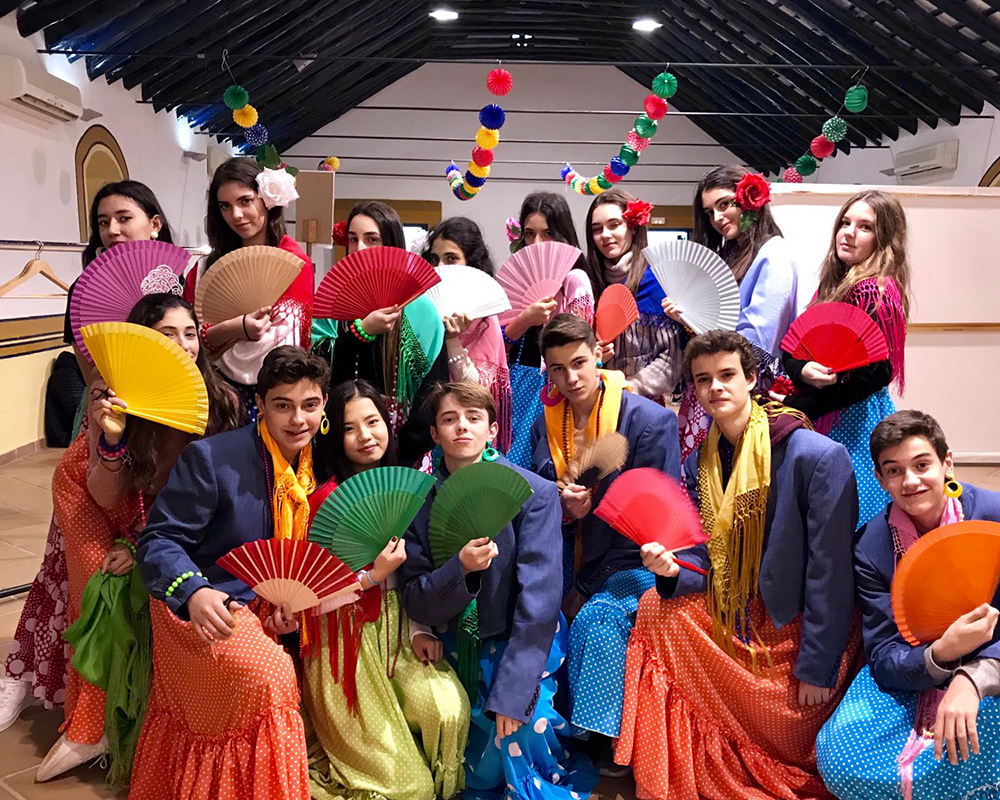 Molly Naughton P'19 '21, MBA, spoke to our Spanish 3 class about language fluency and multilingual careers. Molly is fluent in five languages and is the Founder and CEO of aiaTranslations. 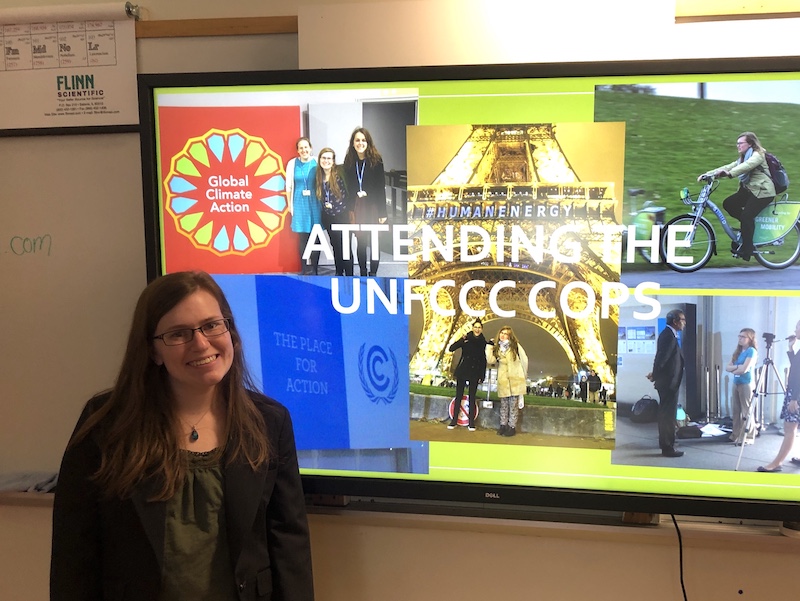 Keziah Groth-Tuft '13, who is currently a law student at The George Washington University Law School, spent the day at Solebury speaking to several classes. She shared photos and stories about her undergraduate study abroad experiences in Denmark and Jordan and her graduate study abroad experience in England. She also talked to our World History 9 and World Religions classes about societal responses to migration and the role of religion in both Jordan and Denmark.

For our Honors Environmental Science, Keziah covered her involvement in five UN climate talks, including one in Poland last year. She compared the way different years of attending the climate talks have focused on different issues depending on the political climate, as well as the importance of giving all countries a voice at the table for climate talks. Keziah also shared her path to law school and how it began with a senior project at Solebury. "I hope that students' take-away was that so many doors were opened to Keziah because she asked questions and made connections," said teacher Cari Nelson. "Don't just sit back and wait for things to happen for you. Be an active participant in your schooling and life!"