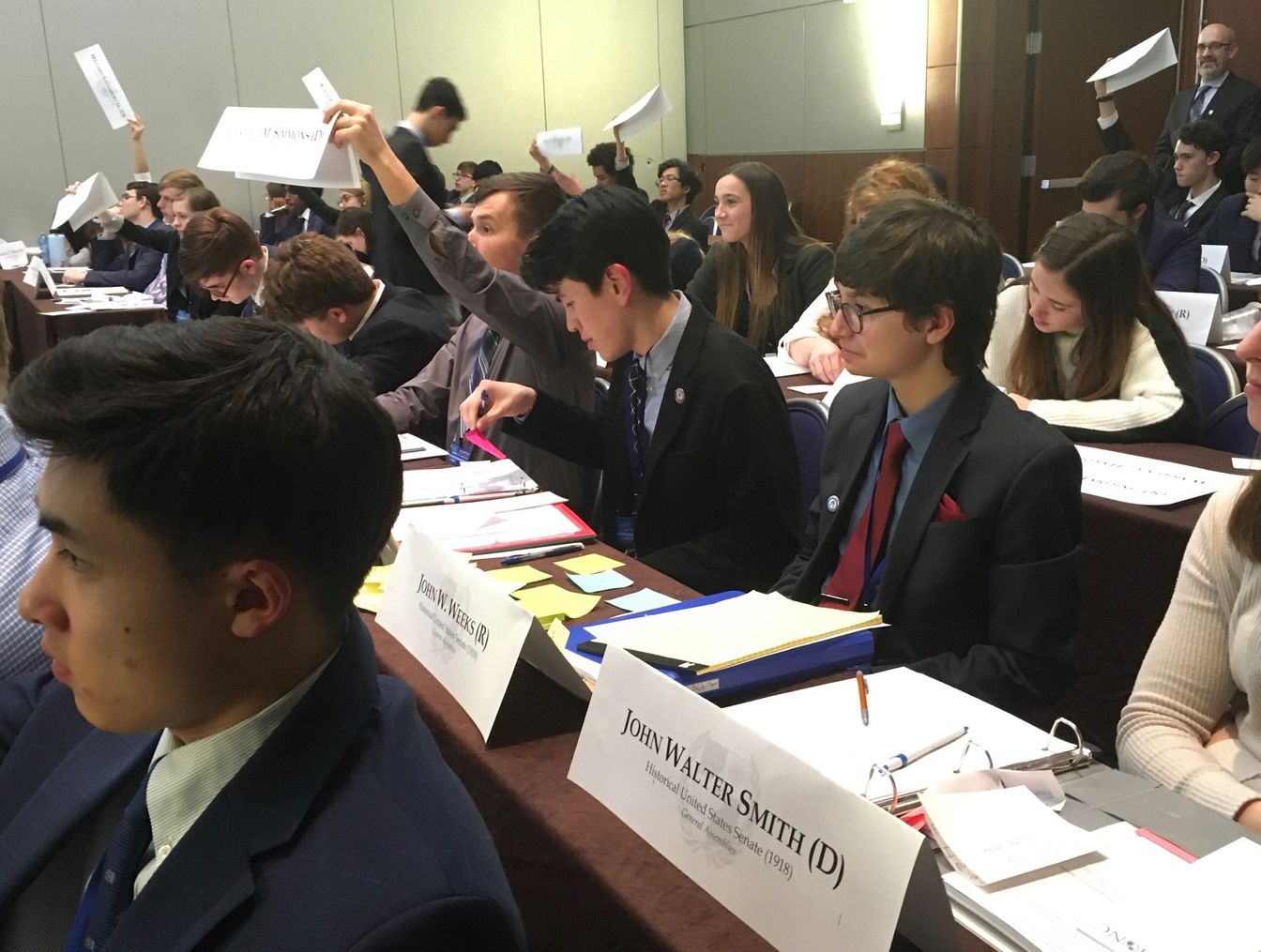 On February 6th, 15 Solebury School students traveled to Baltimore, Maryland to attend the 23rd annual Johns Hopkins University Model United Nations Conference. In preparation for this four-day national conference at which they work cooperatively to solve the problems of the world, such as international conflicts, disasters, and incidents, Solebury students have been doing research, mock simulations, and practicing their speaking skills.

Some Solebury students served on United Nations committees such as the World Health Organization, the International Monetary Fund, or the United Nations Industrial Development Organization, learning about major issues facing the global community while using their skills and intelligence to collaborate with delegates from other schools to create solutions. Others took on the roles of leaders during various world crises, such as the Executive Directorate of Boeing, the United Nations Security Council during the Humanitarian Mission in Rwanda in 1993, or as leaders of four nations involved in the Yom Kippur War of 1993, working to re-imagine the outcomes of these historical events and create unique solutions.

Some found themselves slightly out of their comfort zones, "The most challenging part is finding the courage to give your initial speech," said Julianna Tes '20, "After finally overcoming my fears and mustering up the strength to speak at the podium, I realized that this step opened the doors to collaboration with my peers to draft working papers and gave me the boost to talk even more."

One of the highlights was Tim Carroll '21, who acted as Senator William Alden Smith in the Historical United States Senate of 1918, receiving an Honorable Mention during the awards ceremony on the last day of the conference. He shared, "It was one of the most fun, yet also empowering experiences I've ever had. We debated draft resolutions for hours, arguing over competing definitions of American liberty, the nuances of fiscal policies, and the balance between security and freedom. Giving fiery speeches to sway the senate vote tested my impromptu public speaking skills, and compromising between different groups tested my interpersonal skills. Model UN is hands down one of the best things you can do to broadly sharpen your research, speaking, and diplomatic skill set."

The Solebury School delegation threw themselves into the conference, participating strongly throughout the entire weekend. It was a fantastic time! See photos of their trip below...