“Solebury made me who I am.” —Ju Sung 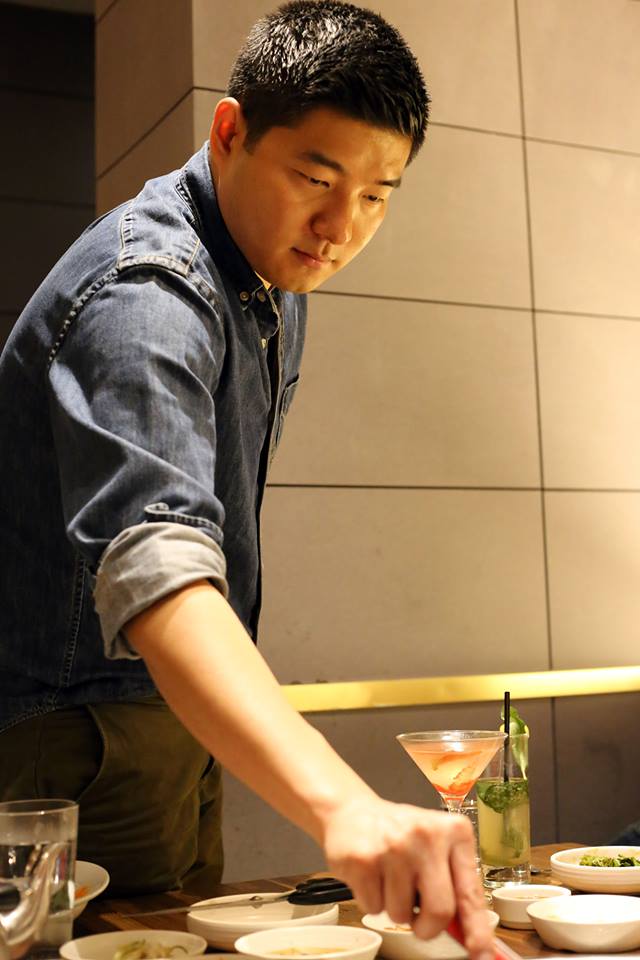 The most intimidating customer (or “guest” as Ju Sung would say) of his new Manhattan restaurant was not a New York City restaurant critic — although fortunately, critics love it. It was his father, who flew in from South Korea to try the treasured family recipes that Ju Sung now features on his menu. “I was so nervous,” he told us on a bustling weeknight at Yoon Haeundae Galbi, “but he loved them.”

When asked what advice he’d give to Solebury students, he joked, “Don’t go into the restaurant business.” But Ju Sung’s love of family and food can be seen throughout his restaurant, from the mouthwatering, authentic dishes on his menu to the stone tiles that adorn his restaurant walls and evoke memories of South Korea, to his deft juggling of all aspects of owning and running a new restaurant. He is intimately involved in every detail.

The journey to this remarkable point in his career began when he left the Haeundae District of Busan, South Korea, to begin Solebury School’s rigorous ESL program as a high school freshman. Ju Sung visited campus a few years ago and was amused to see that Cinnie Wappel, Solebury’s longtime ESL director, keeps his photo on her classroom wall, along with photos of all of her former students. The two still keep in touch.

At Solebury, Ju Sung played basketball, sang in the choir, served as a dorm proctor, and was nominated by our faculty to be one of our senior speakers at graduation. “At the time, a younger friend told me he was inspired by my speech and it meant so much,” he said. After graduation, he earned a telecommunications degree at Penn State University and also headed home to South Korea for a military obligation and to gain some real-world business experience.

Reflecting on his time at Solebury School, he said, “Something my grandfather used to say was, ‘Be proud of where you are.’ It’s something I would tell all of my fellow Soleburians. Solebury made me who I am.”