“Because of the teachers at Solebury, I grew to learn that what I say in a conversation adds value and that my voice is a tool I should utilize more often.” —Carol 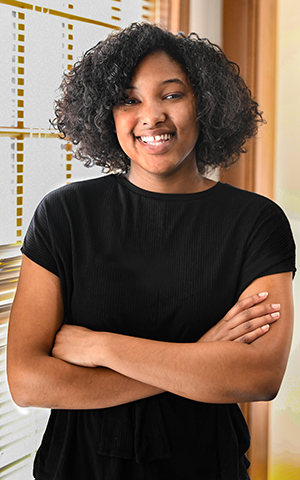 At Solebury School, Carol was an active member of various clubs and a three-sport athlete; she also served on our Academic Committee and Judiciary Committee and was known for her admirable work ethic. Carol graduated as a leader in the classroom, which may have surprised the 9th grade version of herself. “Solebury taught me to break out of my shell. During my freshman year, it took a lot for me to speak up in the classroom because I was often nervous or scared to say the wrong answer. Because of the teachers at Solebury, I grew to learn that what I say in a conversation adds value and that my voice is a tool I should utilize more often.”

Carol has used her voice in a powerful way. As a senior at Solebury, she launched an online magazine called Nyota, focused on emerging stars in music, fashion, and culture and presented in a refreshingly positive tone. She honed Nyota’s content for her Teach2Serve capstone project, and in the spring of 2016, she gave a TEDx presentation on the creation of Nyota, from initial idea to publishing the first issue. With Nyota's readership continuing to grow, Carol has expanded her empire with the launch of Starpower in January 2018. An offshoot of Nyota, Starpower delves deeper into the lives of emerging stars in entertainment.

Carol is a recent graduate, class of 2020, of American University where she received her BA in Journalism and minored in Business and Entertainment. She has a rich academic career behind her, studded with her involvement in PRSSA as website director, service as a School of Communications ambassador, membership with the AU Photo Collective, and more. She recently got accepted to Harvard Business School's 2+2 program.  Check out Carol's story from the American University School of Communication of how NYOTA has developed into a high-profile publication displaying on its covers some of the most popular young celebrities, as well as how she found her next academic home at Harvard Business School here. 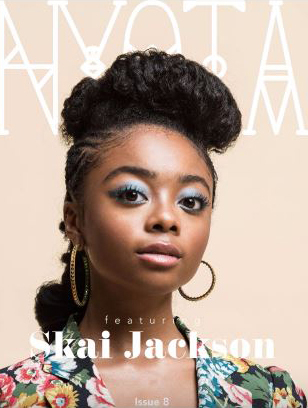 Carol’s most exciting professional opportunity to date arose thanks to Nyota and a Solebury School connection — Jeff Vespa ’88, an old schoolmate of her dad’s, Navarrow Wright '88 P'16. In the summer of 2017, she traveled to Los Angeles for a Nyota cover shoot with Disney Channel star Skai Jackson, who Carol contacted through social media and booked on her own. But, Carol explains, “It all came together because of Jeff Vespa, an amazing celebrity photographer and Solebury School alumnus who was kind enough to let me use his studio for the shoot and mentor me throughout the entire process. I learned so much during a short amount of time, and that experience will forever impact me.”