“Solebury helped me to be me, which sounds silly but some things such as persevering, critical thinking, and leadership aren't valued and encouraged at other schools like they are at Solebury. Instead of having these traits disappear as I went through middle school and high school, they flourished and helped me get to where I am today.” —Keziah 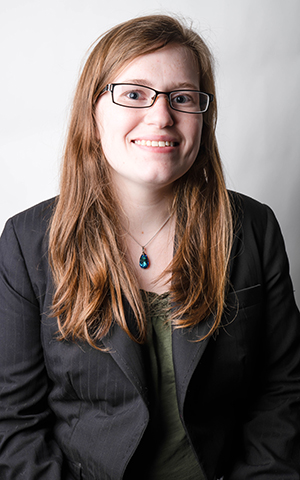 In December 2018, Keziah received her LL.M (Masters of Law) from Lancaster University in England. Her dissertation advocates for the integration of the work of UN human rights and climate change bodies. Before she had even received her diploma, Keziah had moved to D.C. to start a three-year JD program at The George Washington University Law School. There, she continues to research climate change and human rights law and has become involved in the International Refugee Assistance Project (IRAP) as a volunteer student caseworker.

As an undergraduate at Dickinson College, Keziah majored in International Studies with a focus on Sustainability. She minored in Arabic and also earned a certificate in Security Studies. During her undergrad career, she spent a semester in Jordan, interning at The Jordanian Friends of Environment, where she helped teach Bedouin women solar technology. She also studied abroad in Copenhagen, Denmark, where she focused on refugee rights and their effects on host communities. In 2016, Keziah nabbed a prestigious 12-week internship with the Environmental Protection Agency (EPA); she worked with EPA scientists on water-quality issues in Seattle. The internship is awarded annually to only 25 students nationwide.

Keziah’s journey toward a very promising career in human rights and environmental justice began at Solebury School. She was a member of Teach2Serve’s Cohort 1, which raised $2700 for H2O for Life to help build a well and sanitation system with hygiene education for a school in rural Mexico. While at Solebury, Keziah also won the Bucks County Chamber of Commerce Young Citizens Award, and she was a recipient of a Merit Scholarship.