A decades-long Solebury School tradition, Arts Festival Week offers all students and staff the opportunity to fully immerse themselves in the visual and performing arts. 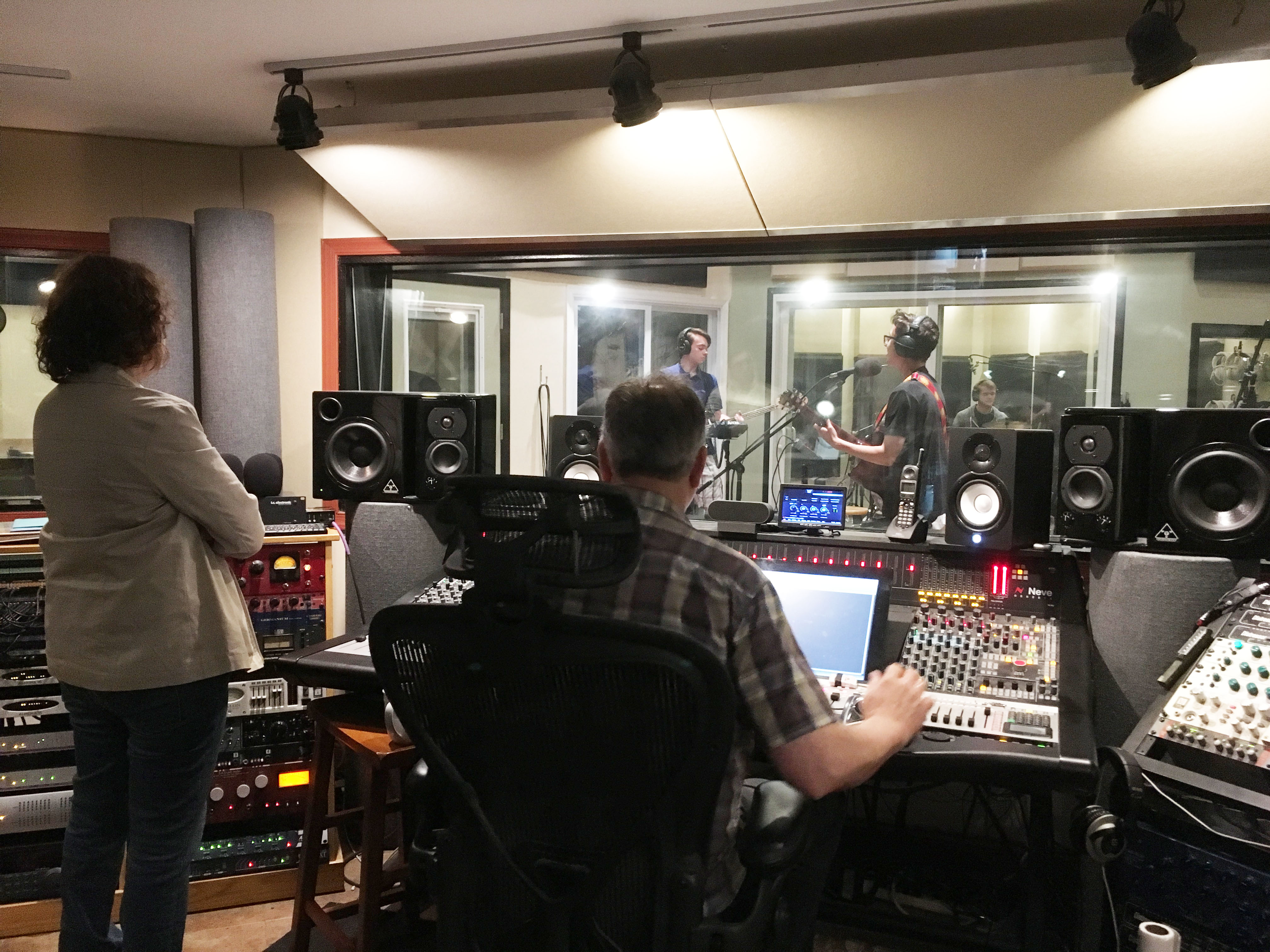 The week kicked off with a field trip to Morningstar Studios. Prior to Arts Festival Week, music teacher Cathy Block held auditions for students to win the chance to record at Morningstar with Grammy Award-winning engineer Glenn Barrett. Other music students joined the group to observe and get an understanding of how modern recording works. “This is the coolest thing ever,” said Gabe P. '19 after he finished recording. "I wrote this song in my basement just a few weeks ago.”

Glenn and Cathy gave students advice throughout the day. "If you're going to record in a studio again, you'll want to let that last note ring as long as you can," Glenn told Gabe.

When Ashton F. '17 and Jack L. '17 started playing their song, "The Pines," Glenn commented from the recording booth, "Apple will snap that up for their next iPhone release commercial."

Click on the song titles below to listen to the recordings!

“The Pines” by Ashton and Jack 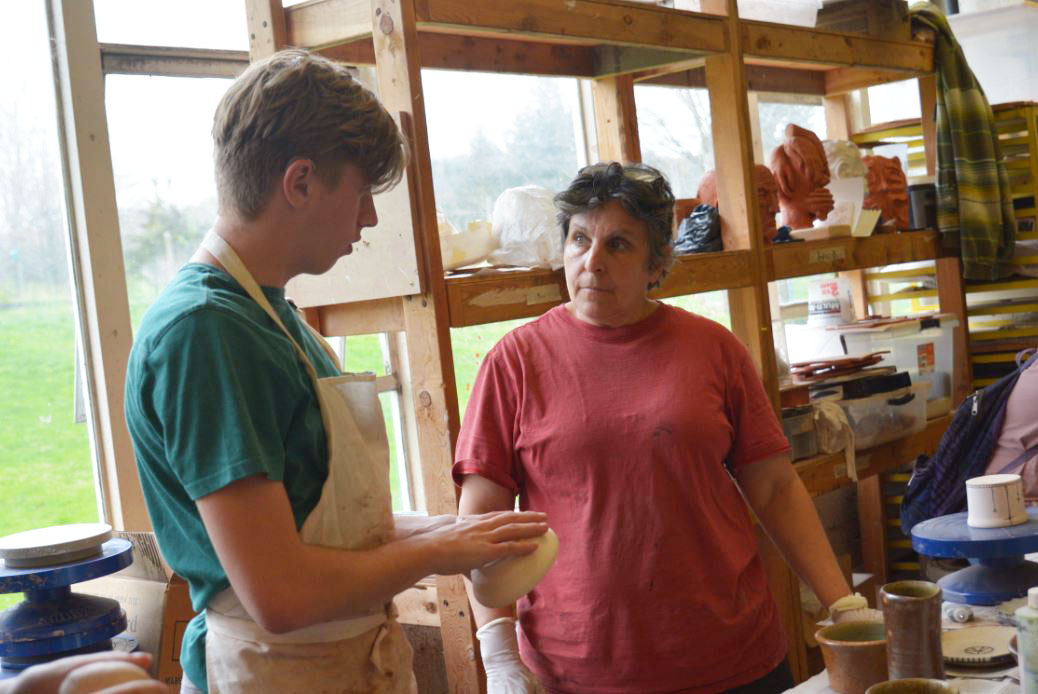 Back on campus on Monday, visiting ceramic artist Gloria Kosco taught a Glazing with Ceramics class for an upcoming salt fire.

Gloria, a former Solebury School ceramics teacher, also taught a pottery demonstration later in the week, where she showed students her favorite techniques for working with clay. After the demo, she let students get their hands dirty and try it out for themselves. Commercial and editorial photographer Steve Boyle, whose clients range from ESPN the Magazine to Gatorade to Runner's World magazine, held a photography workshop.

Steve showed us samples of his work and described how he "got the shot" for each. He also shared his personal concept projects; his "powder sports" and his "leave your sole" shoots were amazingly intricate, time consuming, experimental and thought provoking. 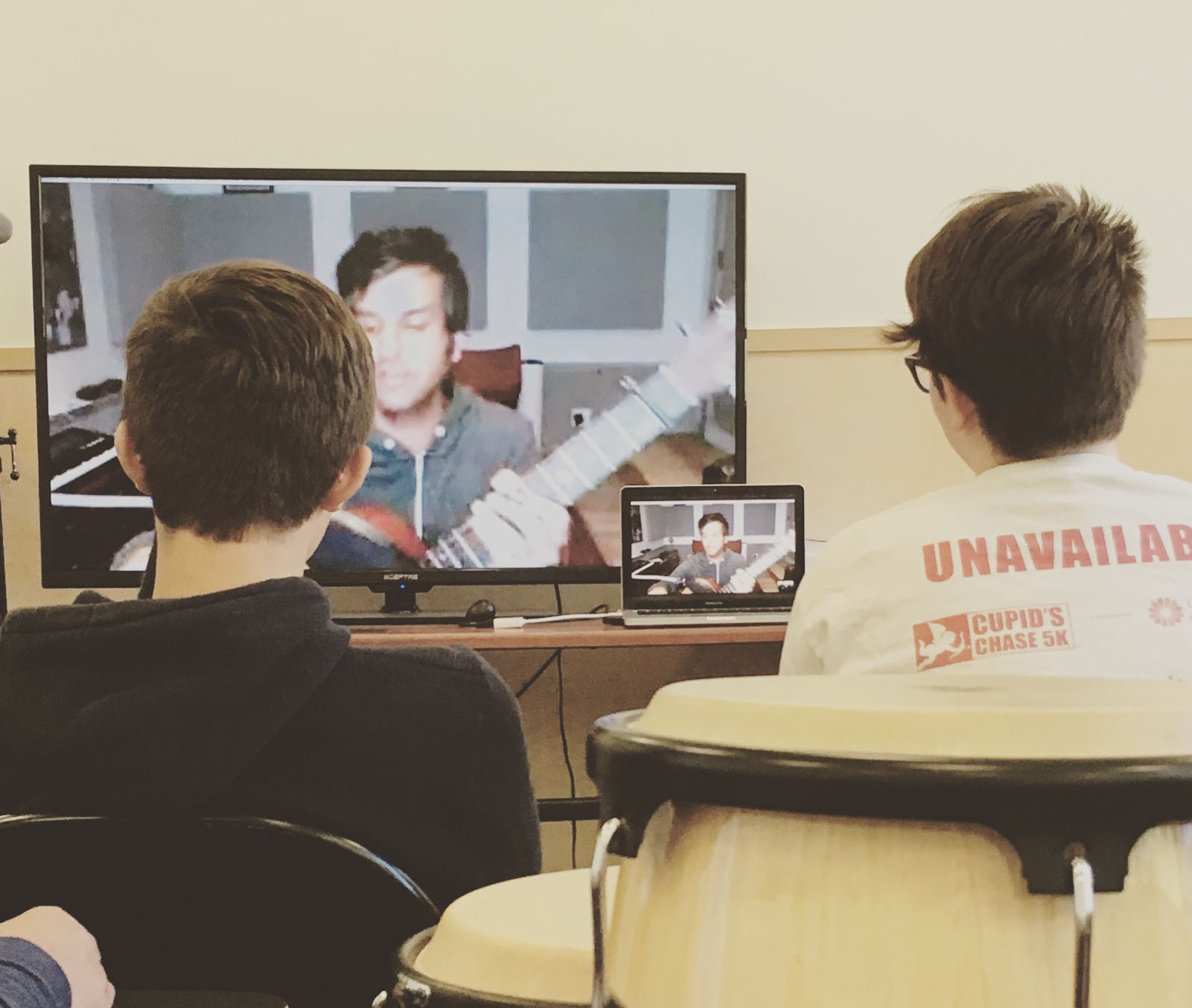 On Tuesday, a group of student musicians spoke to composer Siddartha Khosla at his Los Angeles studio via Google Hangout. Sidd scores the music for hit television shows like This Is Us, The Royals, an upcoming new Marvel production for Hulu, and more. Sidd shared how he got his start in Hollywood, what a typical day is like in his studio, and where he finds inspiration.

He also described how he stepped out of his comfort zone to write a motown song for the gut-wrenching "Memphis" episode of This Is Us.

Sidd has visited Solebury School before with his band Goldspot.

On Tuesday evening, Solebury School hosted a discussion and book-signing with bestselling author Steven Rowley, who wrote Lily and the Octopus. This free event was open to the public; Farley's Bookshop had copies of the book on hand for the signing.

Earlier in the day, Steven visited one of our English classes. He read a passage from his book and shared that he was inspired to write Lily when his dog (the real-life Lily) passed away, yet he wasn't able to find any relatable books on the subject. "If you there's a gap in the market for something you wish existed, then write that book," he told our students. The 80-minute class flew as students asked dozens of questions about his life and career as a writer.

The House Jacks, an award-winning a cappella group, performed for our students during assembly, taking requests from the crowd and wowing us with their incredible singing and beat-boxing. Here's an example of their skills:

Our Master Singers and Jazz Roots Concert on Wednesday brought more music to our ears, as well as the final performances for seniors Fiona, Josh, Krystal, Cancy and Michael. 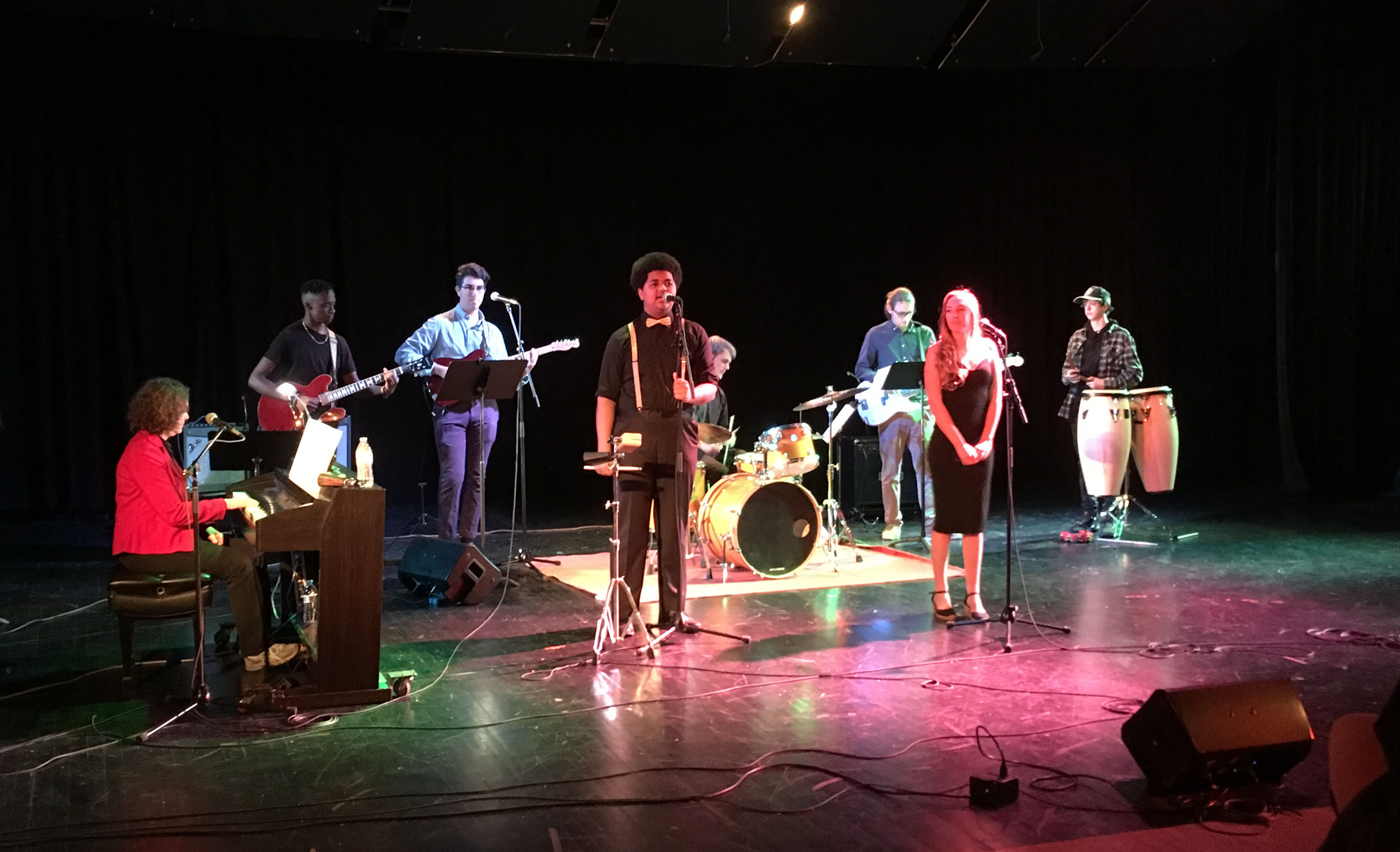 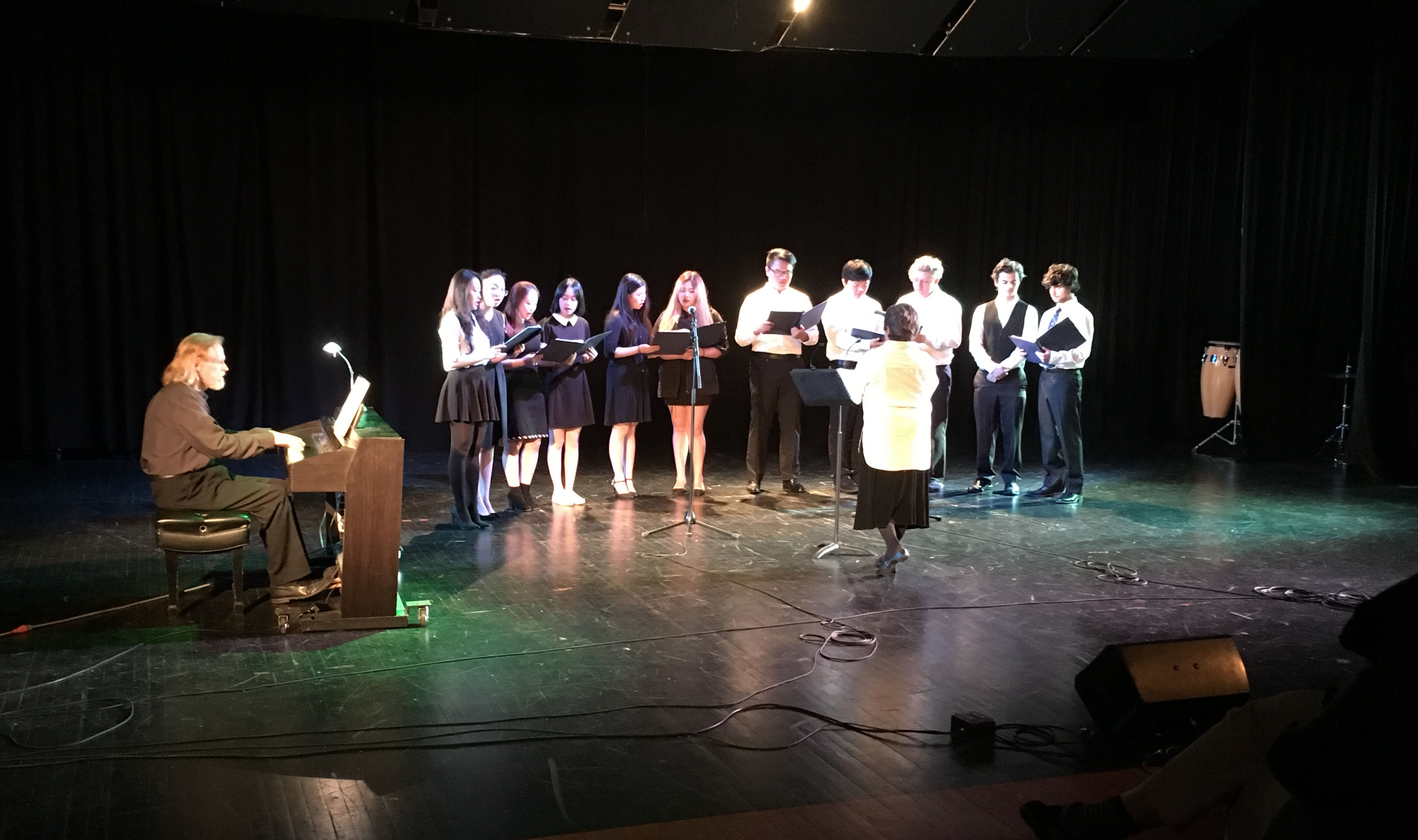 Thursday brought another visit from Gloria Kosco, and time for various arts and crafts... 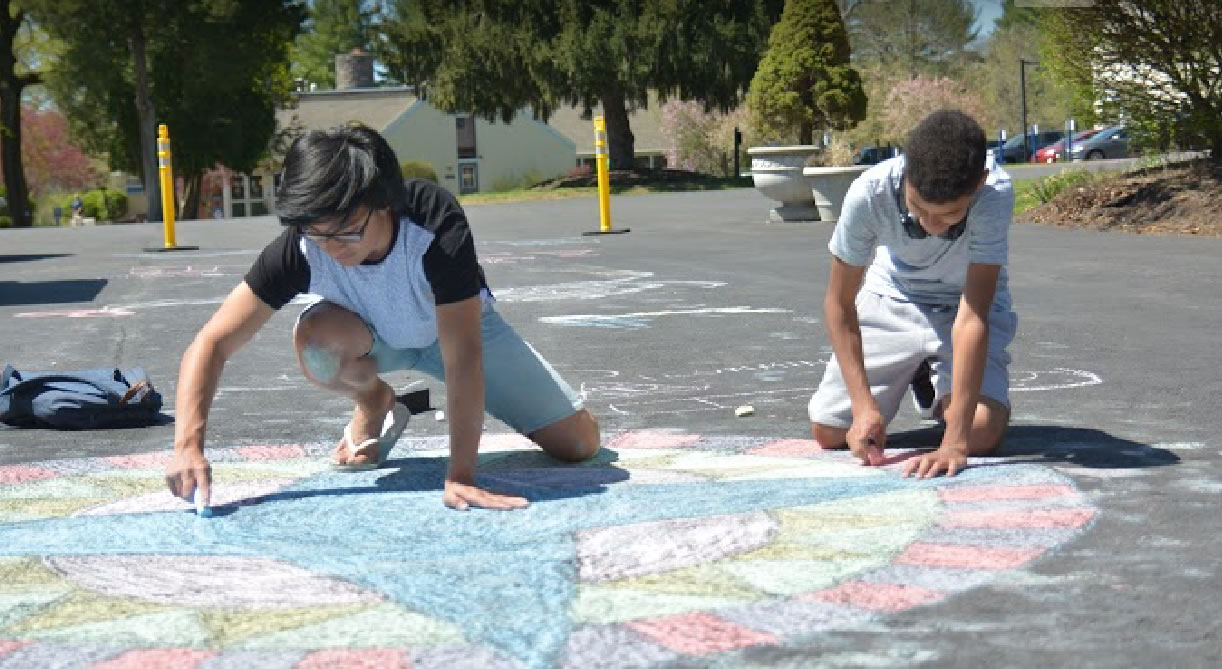 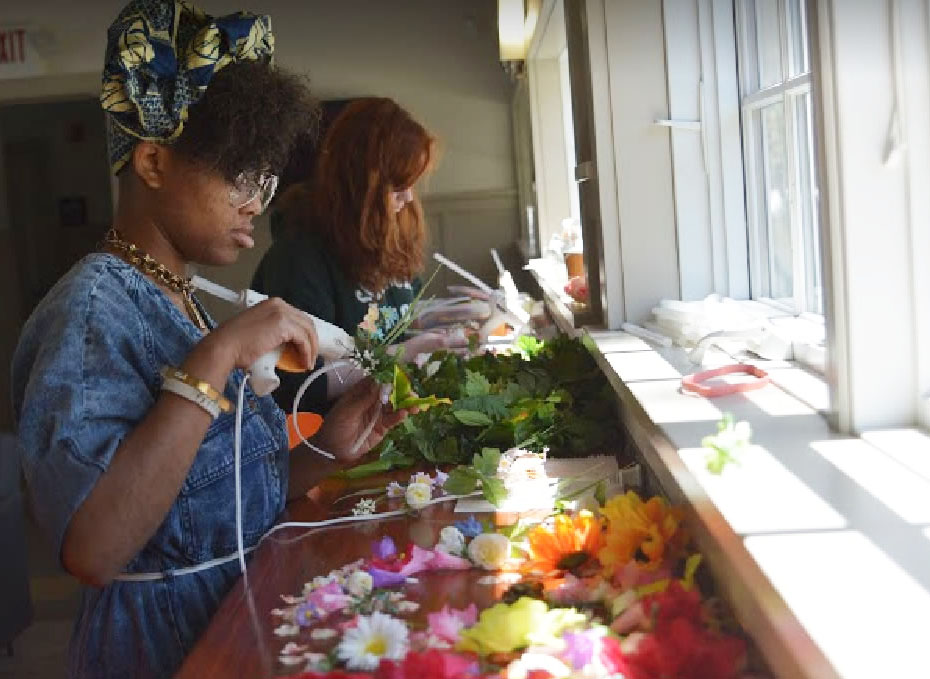 On Friday, each student participated in a workshop of their choosing. They had more than 20+ to pick from: