Visits from the Pros

Solebury School's Music Department faculty are all professional musicians, and their years of experience come with invaluable connections to the industry. To that end, Solebury School has hosted many musicians, as well as industry pros, here on campus and via Skype to share their career paths and inspire our students. 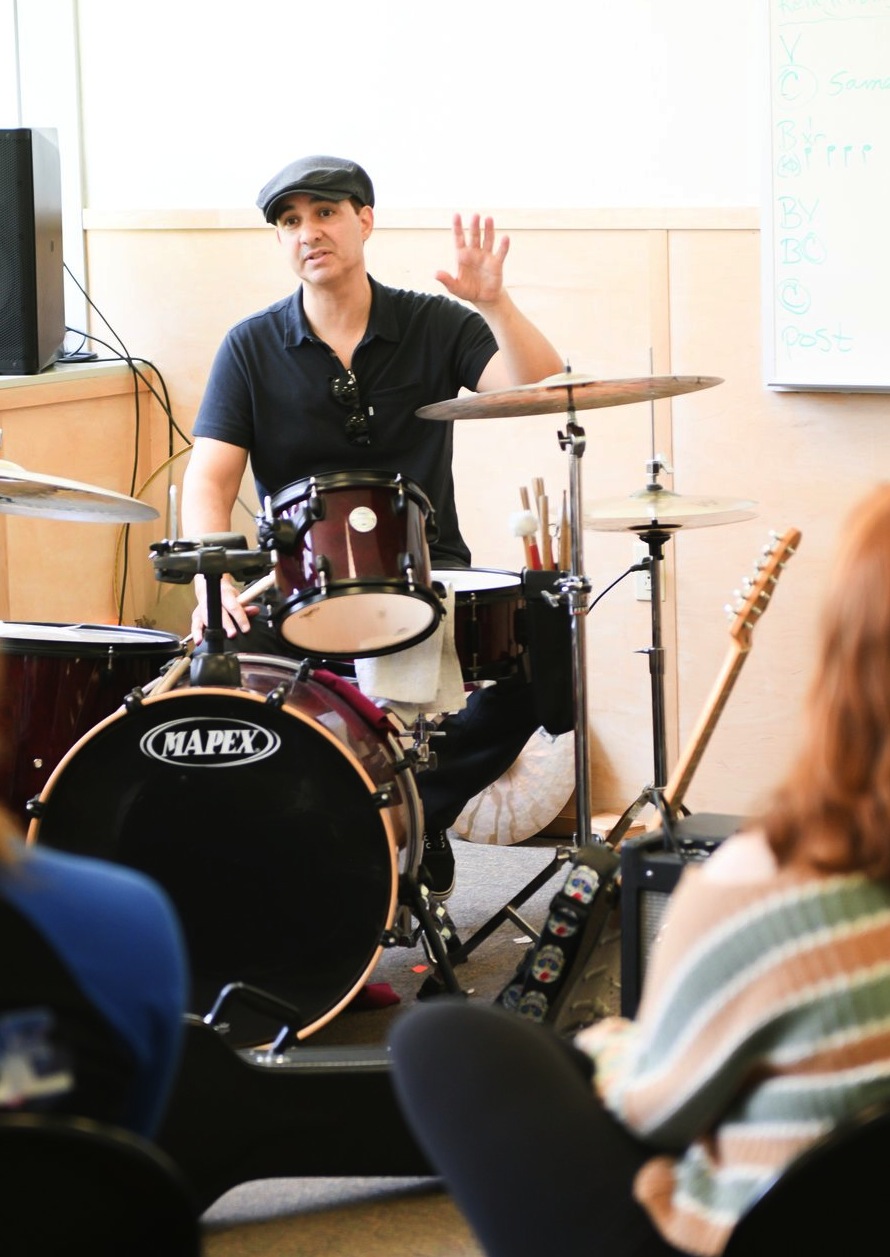 Brian D'Addario of the indie rock band, The Lemon Twigs.

Composer Sidd Khosla, who writes music for film and TV, including for the hit show This Is Us.

Opera singer (and Solebury School alum) Jon Tetelman '07, who has worked around the world as one of the industry’s most sought-after tenors.

WXPN radio host John Vettese, who is also a music writer and photographer.

Producer/songwriter/bassist Chris Kuffner, who has worked with Ingrid Michaelson, A Great Big World, and more.

The Music Department also hosts masterclasses several times a year. Held in the evenings for the Solebury School community at large, these classes span a variety of genres and offer a deep dive into the professional's career. They may feature performances.

Marley McNamara, music manager of the rock band, The Districts