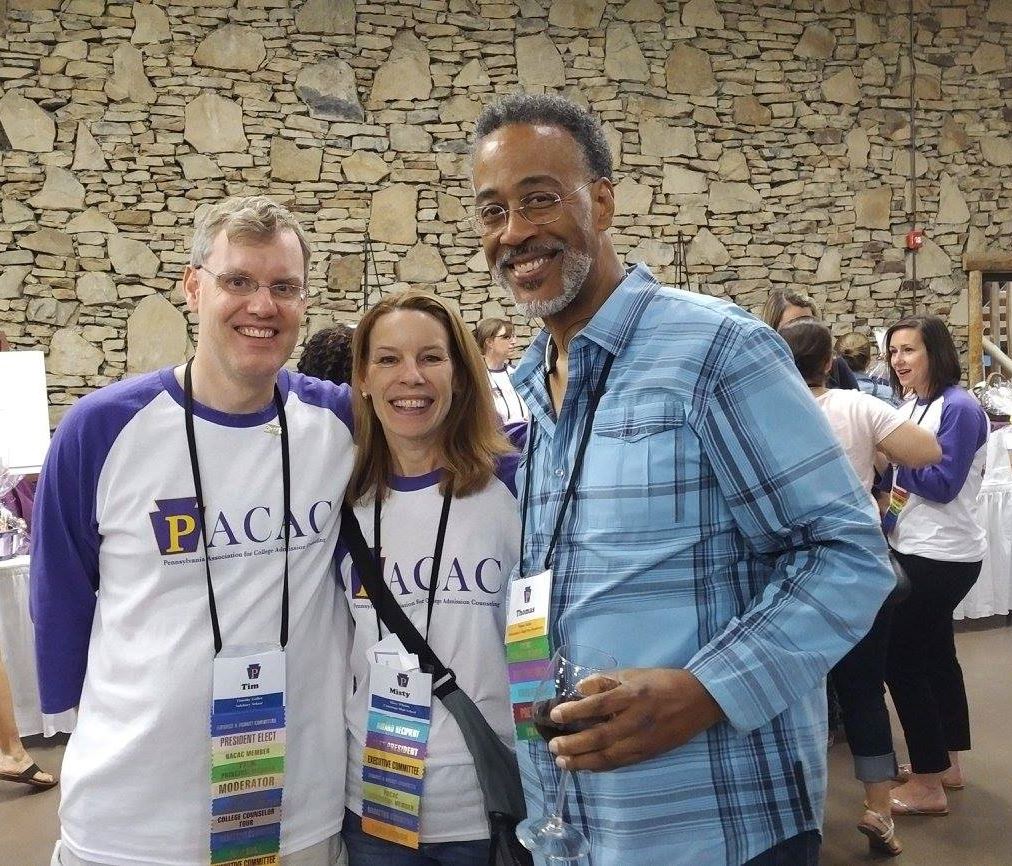 "I am honored and humbled to take over the gavel from Ed Wright to officially become president of the Pennsylvania Association for College Admission Counseling," said Tim, shown in the photo with former presidents of PACAC at their annual June convention. "We have a strong team on executive committee, and I look forward to a great year!"

As president, Tim will oversee the organization's various committees and professional development opportunities for its members, and he'll represent it on a national level, serving as a delegate with NACAC.

The organization actively works to support access to higher education for all students, from both public and private schools. Last spring, members of PACAC (including Tim) spoke to congressional staff in Washington, DC, about active and proposed bills that affect college access and affordability, ensuring that the concerns of Pennsylvania's students are included in the national education agenda.

Back to Parents News